The busty Diane in one strike towards leather mini skirt which her sexy figure optimally stresses against Ana in narrow-lying close leather trousers. The two get themselves immediately into the hair (permitted is, what the adversary does not please). Ana spreads brutally the legs of Diane, so that their lamentation not to be over-heard is. Diane pulls Ana on her hair and receives for it some kicks. Ana turns out ever more in rises up. It chokes Diane with leg shears over the neck. At the end of the fight Ana with a leather belt binds Dianes hands on the backs and lets her on the mat. 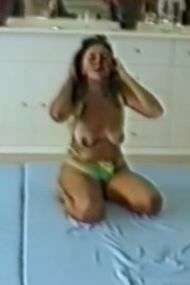 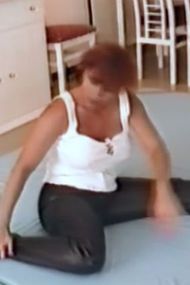 Marketa, a pretty blond girl in leather-mini against Diane in leathert rousers. Marketa learned a lot from her last fights and attacks Diane immediately and torment Diane with leg shears, and hold her mouth close so that she don't acute't have to hear the adversary of Diane. Diane now likewise get furious and vibrates Marketa at her hair strongly through. But against Marketa she does not have a chance. At the end Diane is bound again with a hand and a foot on the back and remains lying just as helplessly as with its first fight.
Diane 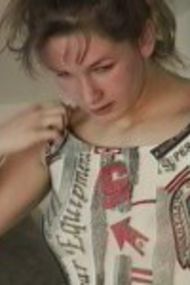