What could be better than four heavenla bodies? Well, how about four fabulous athletic beauties that are eager to tag in and do battle. That's right a tag match is set up because Nora, also known as Heather, doesn't like the way Candi is training her, and Frenchesca, who doesn't care too much for Candi, comes to her aid. A real cat fight ensues until finally Mia breaks it up. A tag match is set up and candi gets Marjone (Jordon) for her partner. It´s a one fall match, the last team standing wins some serious cheating because both sides really let it all hang out, even Mia isn´t safe in this one. At one point Marjone picks Nora up, carries her to their corner where she drops hre upside down on the ropes and with Candi´s aid proceeds to destroy Nora´s gut. It gets so wild one girl is really hurt and can´t continue but that doesn´t stop this sone, no sir, matter of fact it gets even crazier because these ultra gorgeous wild cats are determined to take it all the way ? TILL IT HURTS AND THEN SOME!!! This fabulous tag leasts almost an hour and would be more than enough to make one great tape but why stop here ? let´s add one of our sexiest matches ever.
Candi (SK) 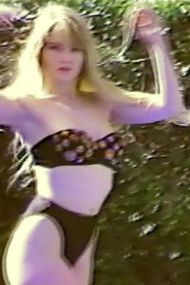 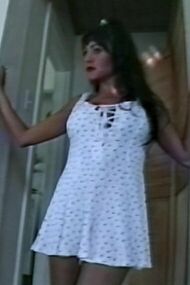 Two sweet young beauties. Tara and Susie do a strip around the mud pool. Nict thing we know thery´re covered in brown goo and sliding over each other. At times they seem to be looking for a hold to iflict pain but more often then not the tactile pleasure of these liquid bodies seems to overwhelm them and they get lost in the pleasure. Believe me, they aren't the only ones that get lost in this pleasure ? you'll soon be sucked into the sensuous joy as these two sleek female bodies flow slowly across each other, finding themselves in tight stumulating positions where pleasure and pain become one - producing one very fun gooey romp. Five beauties in a very long destructive tag then two beauties sliding into pleasure - makes for one great tape!!
Susie (DT.SK) 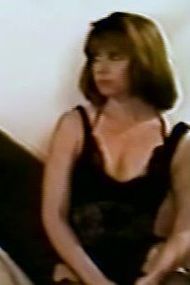 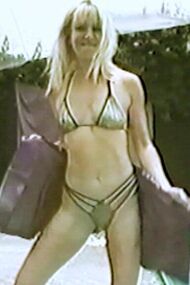