After the tournament Anne still doesn't look like wanting to relax. She asks herself who wants to fight ... and Nadege is not hesitating one minute. Looks like the has been winting to get on a much harder match than the others before. Like two pitbulls in the field. The ladies are trying to get the shorts from the other one. Nadege makes it relaxed and by the way. Anne slaps the shorts angrily into Nadege's face. Oh my god, what have we done here? We were all standing not able to move not knowing what to do. The agressiveness has the get out of the two girls we guessed letting them fight until the end. Hurricane against Vulcano, we didn't know how beautiful mature nature explosions could be. After eight minutes one of the girls had to submit. Should we have been asking for a second round? No we didn't. Even so spontaniously the battle had stared the same way it stopped. Stunning without any doubt and nothing for weak nerves.
Nadege 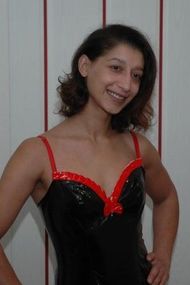 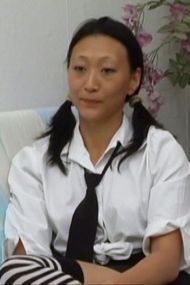 see all series AS057 downloads 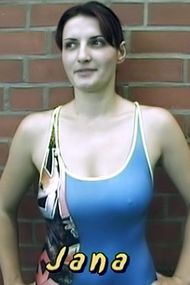 20% Reduced price for complete AS057 series