"Mine Are Bigger Than Yours." has stunning black-haired Heather and lovely brunette Eileen debating whose breasts are larger and more shapely. The argument boils over into a physical struggle resembling a two-woman riot. It features hair-pulling, biting end punching to those areas where it does the most good for the aggressor. the most damage to the victim.
Eileen 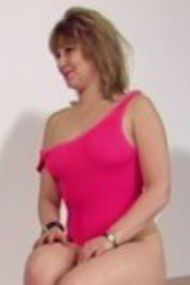 In the first battle of this two-match offering, cute blond dynamo Stacey, an aggressive skilled wrestler, tangles with tall, sexy and pretty brunette Kessy. Each has her top torn away early in this flast-moving contest. And, as though responding to an invitation, each attacks the other's breasts, something Stacey does most effectively. She uses a well-practiced breast punishment that Kessy can hardly endure. And Stacey applies a combination body scissors-breast hold unlike anything seen before. The match ends wilh a face straddle that's cruel, sensuous and most effective
Stacey 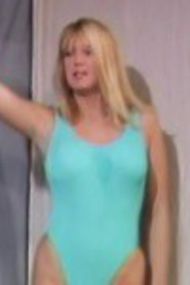 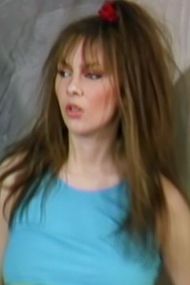