It may take two extremely dominant dames in an amazing cometiton of destructon to go BEYOND DOMINANCE. First we find Francesca outside and busy at work, she is in the middle of destroying her old foe, Mia. Tired of the beautiful backyard she drags Mia through the house and down a steep fight of stairs, stopping frequently to work over her victim. Finally the tortuous stairs come to an end Mia is flung into a large family room and the beating continues. In an upstairs bedroom another fight has turned into a beating, abeautiful, shapely blond named Tasha is taking it to the luscious Tara and then she also drags her victim through the house and down the same stairs, just like her predecessor she stops repeatedly to work over Tara. And you guessed it, they all end up in the same room and the sparks begin to fly as Tasha and Francesca don't feel the rooms big enough for the two of them. They both feel that their victims can take more and that each of them is better at dishing it out. So it isn't long before their competing to see who can hit the hardest and which victim can take the most. Poor Mia and Tara are ganged up on, punched and choked mercilessly in a quest to find the answer of these tortuous questions. If that bad enough they make their victims strip nude and it's soon apparent they both have a real attraction for the female figure as the beatings are only interrupted by sensuous stroking and kissing. Who hits the hardest and who can take the most you'll have to tune in to find out but one things for sure, the two lifeless nude bodies sprawled over each other on the couch are evidence they've gone beyond destruction.
Francesca (DT)

Our next match welcomes another new beauty China Lee, this part oriental beauty thinks she's tough enough to take on Jasae finds this so funny she puts up money for the newcomer if she wins, and wants a ten destruction fight. The cocky China digs right into Jasae and gets the first destruction, but that only makes the slugging, choking Jasae angry as she devours this new beauty ? slugs and chokes mount up as over and over she destroys her leaving her hanging on the ropes nude and lifeless. A tape that's a delight for those in a dominant mood and introducing two great new ladies to the ever growing D.T. team of fabulous lady combatants.
China Lee 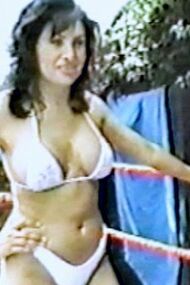 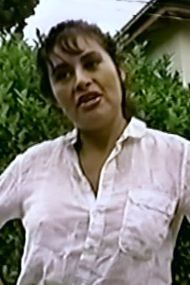